I know, I know.  This is a horse that’s been particularly beaten to death over the years and there are like five-thousand other articles out there on the internet with the exact same title, most of them probably better than this one.

But, ever since What’s Manzai?!!! went live on Netflix, I’ve started to receive a steady stream of the typical “Hey, I want to come to Japan but totally don’t know where to start so I just randomly decided to contact a dude that I saw in a random TV show on the internet” message (most of these for some reason landing in my personal email account, Facebook Messenger, and, in one case, through text message on my phone).  Rather than answering each query one by one (while I appreciate the fact that you’ve taken the time out of your life to contact me, I don’t have the time or resources to come up with a satisfactory response that doesn’t make me seem like the total asshole that I probably am), I thought I’d kill thirty birds with one stone, something that should totally be an Olympic sport by the way, and start answering some of these questions somewhere everyone could see them.

Which brings us to our main course for today:

Five Things You Should Know Before Coming to Japan

1. Don’t rely on your credit card.

I know, I know.  It’s the twenty-first century and most civilized countries are completely livable without the use of material money and we all love collecting points and bonds stuff and all that jazz.  But Japan, while in some aspects an incredibly modern nation, doesn’t quite live up to those expectations.

Yes, that’s right.  Japan, in 2016, is largely a paper-based economy.  A lot, maybe most, of restaurants only accept cash, and I’m not just talking about the hole-in-the-wall ones but nice ones, Michelin-starred ones, places way too ritzy to not be accepting credit cards in this day in age.

But maybe these places are on to something.  Nothing makes you feel more like a baller than pulling bills out of a fat wad of cash after a nice meal.

Bottom line: If you’re coming to Japan, don’t leave the cash at home.

2. Being a foreigner doesn’t automatically make you a celebrity.

I know, I know.  Coming from a dude who’s currently working in a profession based entirely on the concept of becoming a celebrity, this is rich, but you’d be surprised at the amount of people who come to Japan expecting to be bombarded by TV cameras and invitations to those “zany Japanese game shows” the second their feet hit Japanese pavement. 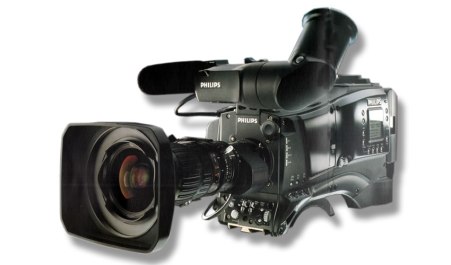 If you want to be one of the select few guinea pigs for one of Japan’s many “Look at these zany foreigner!” shoes you need to be, first and foremost, interesting and unique.  Like anime and manga?  Great, but so do most of the other doe-eyed schlubs walking through customs at Narita airport.  Like anime and manga so much that you decided to move to Japan and become a manga artist despite not knowing any Japanese?  Well, then you’re getting somewhere.

Japanese television networks, as with media anywhere else in the world, loves a good hook.  If you really want to be on TV, have something juicy for them to use.

PS, the Japanese entertainment industry works differently than the American talent-oriented system, so don’t expect an appearance on TV to bring you a sudden tidal wave of fame and fortune.  Believe me.  As a guy on the bottom rung of the geinin totem pole, I know.

3. Not everyone loves anime in Japan. 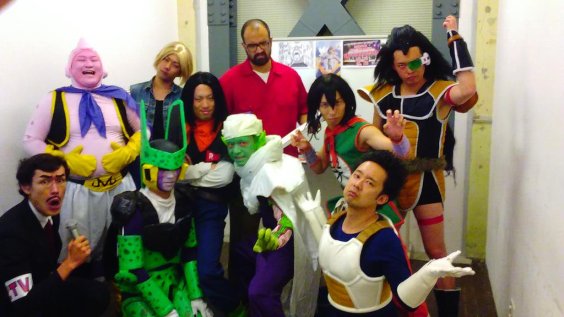 This is another really old misconception regarding Japan that a majority of people coming to this country seem to have.  It’s great that you love reading manga and watching anime and it’s EXTRA great that embracing these mediums ignited a love for Japan deep within the reaches of your bleeding heart but just because you love these aspects of Japanese culture doesn’t mean every Japanese person will love these as well.

Just like how you might not be able to answer whether or not that building over there was that building from that one movie from the fifties, the common Japanese dude on the street probably isn’t going to be able to give you a concrete answer about whether or not such-and-such building was in such-and-such episode of such-and-such anime.  This may seem obvious now but I can’t tell you how many times I’ve been approached while doing a gig on the street and asked about the anime-relevance of some building I’ve never seen before.

You love anime.  Great.  But let’s not put someone who might not in a corner.

Everyone wants to fit in.  This is just a fact of life.  Nobody wants to be Jimmy Loner.  No one wants to eat lunch alone.  It’s just human nature.

Japan is very much the same, perhaps even more-so than a western nation, which puts you, the sticks-out-like-a-sore-thumb foreigner, in a bit of a pickle.  Try and try as you might, nothing can change this.  You could work on your Japanese until you speak better Japanese than a Japanese person can, you can study Japanese etiquette, master the art of the Japanese tea ceremony, undergo tremendous plastic surgery to literally turn yourself into a Japanese dude, but despite all of these efforts, you’ll never quite “fit in”.

Maybe don’t be this foreign.

Now, that’s not necessarily a bad thing.  Being a foreigner gives you a tremendous amount of leeway.  You can be rude without little repercussion (not that I’m encouraging this), ask dumb questions without coming off as daft, and swing way above your level in the game of love, all simply because you aren’t Japanese.

Sure, the social isolation can be really rough and you’ll undoubtedly struggle with it at times.  I definitely have.  And that’s fine.  It’ll be tough and you’ll feel like an alien, which is why you need to embrace it.  Enjoy it.  Be that guy.

This is self explanatory.  Don’t do anything that could potentially cause an international incident.

Aside from that, have fun.