On a bit of an end-of-the-year life break and decided to watch some of CBS’s new Supergirl series when this particular interaction via the internet between Kara Zor-El and her more famous cousin caught my eye and made me laugh more than it probably should have.

Between his use of instant messaging and use of cool “hip” emojis, this truly isn’t your grandpa’s Superman.  Am I wrong in really wanting this version of Superman to have a really, really bad official Twitter account?

In honor of Christmas and Star Wars, here’s your yearly reminder that Chewbacca has a dumb, fat son who likes disco sure to make you exclaim “FOR CHRISTSSAKE!” several times.  Enjoy!

As the country gets more and more tourism oriented in the run-up to the 2020 Summer Olympics, Japan’s collective English level has been slowly rising, which still doesn’t prevent the occasional awkward gem/ odd cultural misunderstanding. 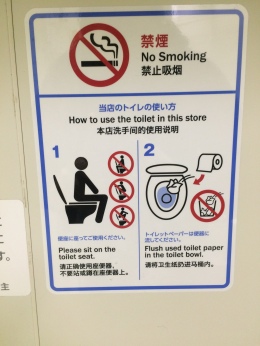 The casual use of anyways here got me

Think, for a split second, back to when you were a child, lost in the heat of the summer, alive and dancing, dancing and alive, all living on the edge of a moment that you never knew was coming, like a ballerina balanced on the edge of the stage, looming just over a faceless sea of spectators who knew what came next.  Think about how they never told you.  Think of all the moments you had to experience for yourself, all the pains and aches that came with them, the aching calling of something that both was and wasn’t there waiting for you.  Think about those times.  Think about how imprecise your memories are of them, like glass seen through the smoke of a fire that just won’t stop moving.  Think, if you can.  Try to place yourself back in those moments and remember just how much is missing from your memory.

Think about just how much is gone.  Think about how you will never have that back.  Think and remember that memories are like a pond someone forgot to skim, that no matter how hard you try, you can never quite see the bottom. END_OF_DOCUMENT_TOKEN_TO_BE_REPLACED

You think this banner is big enough?

Alrighty I wrote about the experience of going to the movies in Japan so I guess I should write about the movie itself.  No spoilers because I’m a peach. END_OF_DOCUMENT_TOKEN_TO_BE_REPLACED

So unless you’ve been living under a rock with no connection to the outside world aside from this blog for the past two years (in which case, thank you and get a life), you may well know that this week saw the release of perhaps the most anticipated film of perhaps the last decade, Alvin and the Chipmunks, Part 4.

Since this is Japan, most new Western film releases generally show up in theaters after a several year delay (only a slight exaggeration), meaning that the new addition to the apparently lucrative Alvin and the Chipmunks franchise will show up in your nearest Tokyo theater around the time that I am married with several children.  So rather than watching everyone’s third favorite bunch of talking tree rodents, I had to settle for some movie called Star Wars instead.

Apparently, though I’m not quite sure, this movie was a sequel of some sort and just another cog in the Disney hype machine if I may say so myself.  Talking robots, spaceships, and laser swords, this movie will probably never catch on.  A box office bomb, I’m certain.

Anyways, even though I’ve been living in Japan for the past two years plus now, I broke my solemn vow of curmudgeonism and ventured for the first time ever to a movie theater in the hustling and bustling heart of Tokyo.

Now, if you’re ever planning on going to the movies, there are probably a couple of things you should know…

END_OF_DOCUMENT_TOKEN_TO_BE_REPLACED

It is December 14th and I am sitting in a so-called “family restaurant” by myself typing this on my increasingly finicky laptop while lamenting the fact that I tore off a chunk of skin on my ass in the name of Japanese late-night television.

My transition from faceless Japanese teacher to “entertainment talent” under the umbrella of the largest, most powerful entertainment agency in Japan has had its bumps and derailments but has certainly been, well, “something”. 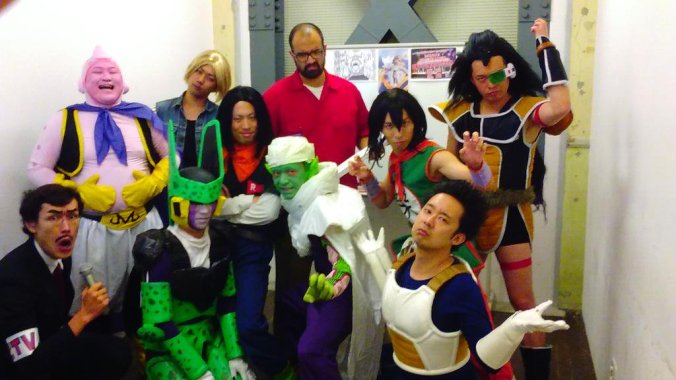 One of the highlights of my foray into Japanese showbiz? Guest appearing on a Dragonball-themed TV show. Yes. That’s a thing. And it’s fun.