In case you’ve somehow forgotten, it’s nearly Valentine’s Day which means it’s once again time for Japanese food companies to make their best (or, in some cases, their worst) effort to capitalize on the season.  Case in point:  This limited edition chocolate-flavored instant yakisoba.

Now, I’m told that this particular strange food concoction was also in circulation last year but I evidently didn’t notice or at the very least didn’t care so it’s all new to me. END_OF_DOCUMENT_TOKEN_TO_BE_REPLACED

So with the first month of 2017 almost over, I thought it’d be prudent to finally talk about what I hope to get done this year (not that any of you probably care anyways).

As I “covered” earlier, 2016 was a year full of change and random things and getting fired from your job waiting tables because you had to leave town a couple of woks for a job out in the boonies.  The first month of 2017 has continued this trend.  Not the getting fired part, mind you.  You need to have a job first before you can get fired.  Thus far, the new year has brought me a half dozen stage appearances, a couple of token television appearances, and a steady
succession of bad colds and flu-like symptoms. 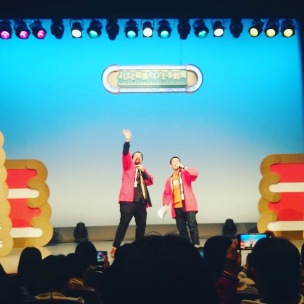 Which brings me to my resolutions and goals for the new year.  Everyone has them.  Almost everyone makes theirs public.  I’m just doing mine a whole month later than everyone else. END_OF_DOCUMENT_TOKEN_TO_BE_REPLACED

It’s been a while since I’ve posted one of these but while I’ve neglected the whole try-weird-Japanese-food-product-and-talk-about-how-zany-it-is thing, it hasn’t been for a lack of Japanese food companies throwing odd things at the wall to see what sticks (or, probably more accurately, get free publicity from people going “isn’t this weird?” online).

But then, a few weeks back, I started hearing about 7-11’s newest special “LIMITED TIME ONLY” cup noodle creation, a “clam chowder” ramen developed in collaboration with every aging American urban hipster’s favorite chain ramen restaurant, Ippudo.  The clam chowder, they claimed, was a speciality brought over from the New York outpost.

Being a guy desperately trying to find things to write about that won’t bring me the wrath of my corporate overlords, I decided to give it a try. 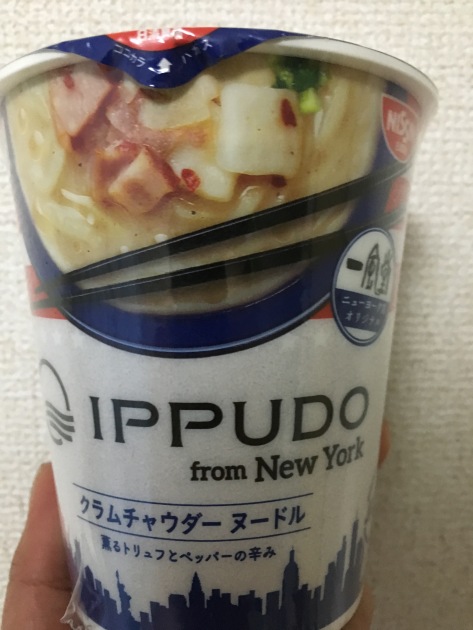 END_OF_DOCUMENT_TOKEN_TO_BE_REPLACED

As the hordes of old people in their puffy Michelin Man jackets would tell you, the dead of winter has come to central Japan.  Surgical masks are flying off the shelf like magic.  The ubiquitous vending machines all seem to have at least one row devoted to “hot”, well, more like lukewarm, beverages.  There are more sniffles on the train than a whole movie theater of middle school girls watching The Notebook for the first time.  Yes, it’s that time of year.  Cold weather has arrived and with it cold season.

While there are definite benefits to living in the biggest city in the world, nothing can make you rue the day you moved to Tokyo more than the day some old drunk dude coughs right into your mouth on the train home.  I’m sure you’ve heard about how crowded Japanese cities can be and no where is this more obvious than the country’s highly regarded public transit system, clean, on time (when there hasn’t been a suicide by train), and chockfull of sick people just waiting to get you sick.

Make no mistake, Japan might be sanitary on a surface level but it has a dark, dirty, stanky underbelly that’ll drag you down and knock you out with nary a second to spare.  I was naive, too, when I first moved here but three bouts of the flu in two years and countless head colds later I am now a hardened veteran of the Japanese winter.

So Stephen, you ask, how does one avoid getting knocked down for the count by a winter cold in Japan? END_OF_DOCUMENT_TOKEN_TO_BE_REPLACED

So we’ve beaten the whole Netflix horse for a while now and talked about introducing a manzai to the world (at least that was the idea) but what about my terrestrial career (i.e. the non-English language media)?

The Japanese new years holiday is one of shuttered shops and clogged transportation networks (interestingly enough, everyone is so busy getting out of Tokyo that the capital becomes an absolute breeze to get around for the week).  It is also, most helpfully for me, a time for people to gather around and watch a shitton of TV.  Almost every single popular program on television will put together a several hour long special show to be shown in the week around New Year’s Day as the Japanese public apparently still hasn’t figured out (a) how to use a DVR, (b) that you can watch almost anything you want on a streaming service, (c) the more time spent watching your favorite personality ham it up on screen means less spending quality time with your loved ones.

Yes, in Japan, on New Year’s, television is still king.  And thanks to the national network’s ravenous need to fill airtime with original “special” programming, this means young struggling comedians such as myself find themselves with increased opportunity to see some airtime. END_OF_DOCUMENT_TOKEN_TO_BE_REPLACED

In case you haven’t been keeping track (you haven’t), What’s Manzai?!!! has been out on Netflix for over a half year now and, much to my welcome surprise, people are still stopping me on the street to talk about it.

I’m writing this blog post in a Starbucks bathroom.  Why?  Because I’m an internet freeloader but also don’t want to pay three hundred yen for coffee.  Also, I’m broke, which I’m pretty sure is simply a rite of passage for anyone going down the career path that I am.  Also, Japanese toilet seats are super comfy so I could literally spend hours here without feeling too much rectal distress.

END_OF_DOCUMENT_TOKEN_TO_BE_REPLACED

And so another year has passed, and a big one at that. 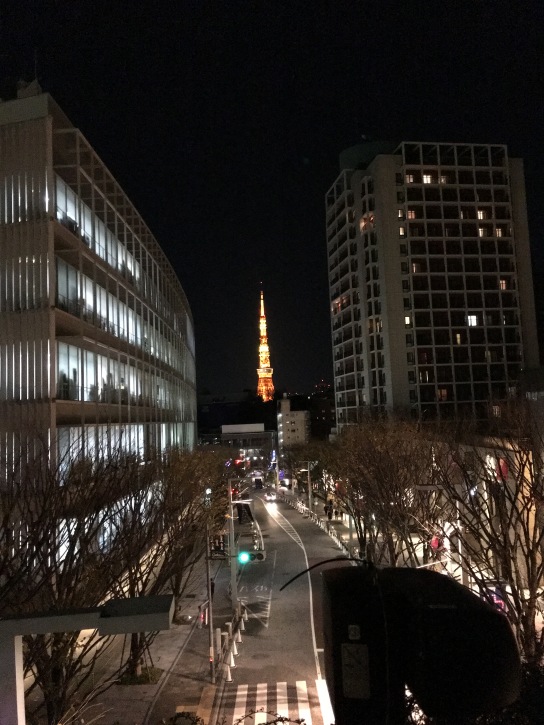 2016 was a year of great change, both worldwide and personally. END_OF_DOCUMENT_TOKEN_TO_BE_REPLACED