Been a while as I was busy at work and all that good stuff.  Also I’ve been eating a lot of food and getting fat and all jazz.  One of the chief culprits?  Furukawa, a new-ish ramen shop that opened up down the street from my apartment this summer and has subsequently garnered a lot of buzz online, considering the area in which it’s based.

With my days off currently being Thursday and Friday, there’s pretty much nothing stopping me from hitting up the place once a week and polishing a 1000 yen worth of noodles and the works in a thirty minute whirlwind of gluttony and stress eating. 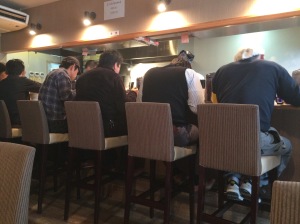 Not an empty seat in the house.

Whilst in America, we generally refer to ramen as either the kind that comes in a styrofoam cup and will give you a heart attack or the kind you get at a Japanese place, ramen in Japan is itself a discipline with many different schools and styles of preparation and flavor.  (It’s a long story, one that you can at least start to grasp by looking at this link.)

The ramen in Furukawa comes mainly in assari-style salt or soy sauce based bowls with occassional specialities coming in with the changing of the seasons.

My usual go-to is the assari soy sauce ramen (pictured below), silky smooth but still with enough flavor to let you know that you’ve just shortened your life by half a decade. The noodles are thin and firm, actually not entire unlike the noodles in Instant Ramen… except they don’t taste like cardboard and cigarette butts.  A typical bowl comes with a piece of chicken and an almost rare piece of thin chashuu, a slightly more finesse take on what is at times considered a man’s meal. (No sexism intended.)  The price for a normal bowl of filling noodles and broth?  700 yen (or only 60 yen more expensive than a Big Mac set). 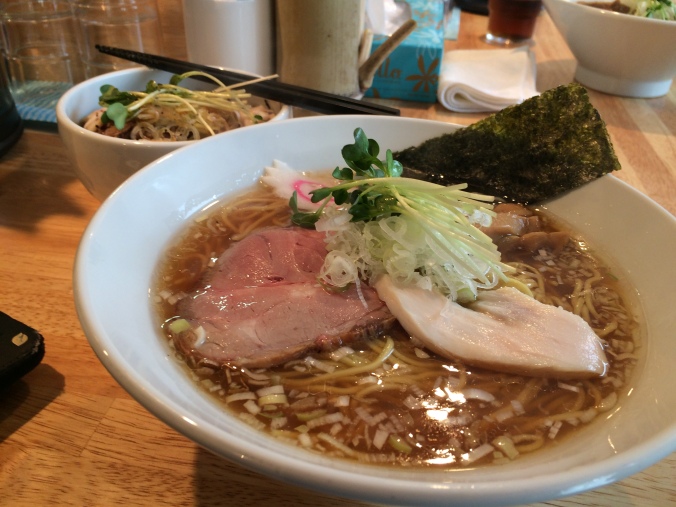 But since I’m a fat person, I don’t just stop there.  Nope, I also have to get my daily serving of rice in a bowl, here topped with a nice portion of sliced chashuu, soy glaze, and mayonnaise. 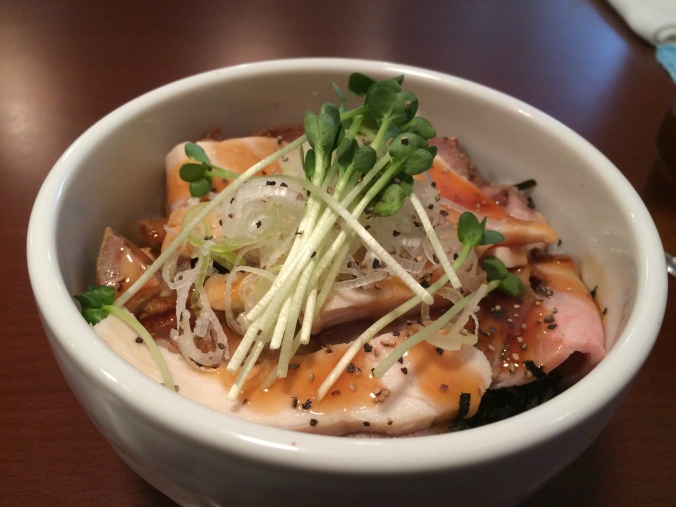 Were I a health conscious individual, this would probably be enough for an entire meal.  But I’m not.  Eating the chashu this way is a good way to sample the efforts of a ramen shop when it comes to one of the most crucial aspects of the ramen experience.  And Furukawa, of course, passes with flying colors.  The price of this bowl of goodness?  300 yen.  In other words, an economic success.

Recently, with the advent of Autumn, Furukawa has been offering a hearty special: Butasoba.  Thick noodles in a thick, fatty broth served under a heaping pile of bean sprouts, cabbage, pork and shame.  The price once again?  700 yen.  It’s almost like they want me to eat at their shop at every possible opportunity. 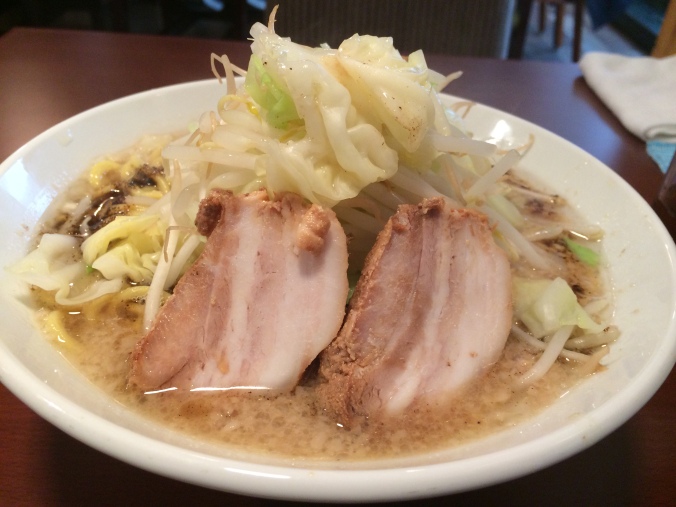 The only downside of eating an infant-sized portion of this stuff?  The sensation that your stomach may burst open Alien-style immediate upon devouring it in a primal frenzy.

Overall, Furukawa is one of my favorite places to eat in Mito (probably top three, if not number one).  While ramen will never be a healthy food, the bowls crafted here are generally done with enough care and attention to detail that you could probably trick yourself into thinking you’re eating somewhere good for you.  If you find yourself in my neck of the woods, definitely do try to sneak in for a bowl (also, call me).  You won’t be disappointed.  (Unless you hate good things, in which case, screw you.)