So unless you’ve been living under a rock with no connection to the outside world aside from this blog for the past two years (in which case, thank you and get a life), you may well know that this week saw the release of perhaps the most anticipated film of perhaps the last decade, Alvin and the Chipmunks, Part 4.

Since this is Japan, most new Western film releases generally show up in theaters after a several year delay (only a slight exaggeration), meaning that the new addition to the apparently lucrative Alvin and the Chipmunks franchise will show up in your nearest Tokyo theater around the time that I am married with several children.  So rather than watching everyone’s third favorite bunch of talking tree rodents, I had to settle for some movie called Star Wars instead.

Apparently, though I’m not quite sure, this movie was a sequel of some sort and just another cog in the Disney hype machine if I may say so myself.  Talking robots, spaceships, and laser swords, this movie will probably never catch on.  A box office bomb, I’m certain.

Anyways, even though I’ve been living in Japan for the past two years plus now, I broke my solemn vow of curmudgeonism and ventured for the first time ever to a movie theater in the hustling and bustling heart of Tokyo.

Now, if you’re ever planning on going to the movies, there are probably a couple of things you should know…

Considering Tokyo is the most populous city in the world, you’d expect there to be hundreds, if not thousands, of places in the metropolis to catch a flick.  Nope.  Not the case at all.  See here for yourself through a quick google search for movie theaters in Tokyo. 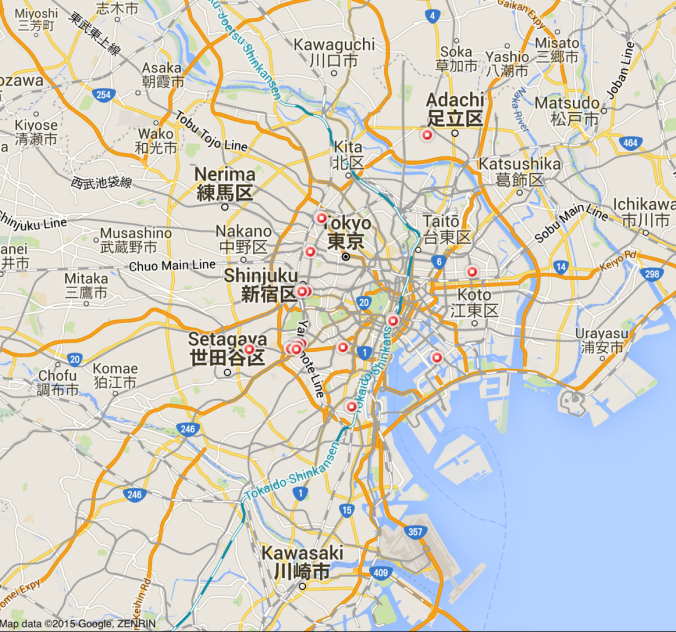 As you can see, aside from a cluster of red dots (much preferable to a cluster of blue dots in the US) in Shibuya, movie theaters in Tokyo are few and far between in relation to the twenty-someodd million people who call the region home.

The reason I bring this all up is to point out that the simple act of going to the movies in Japan can be a bit of a journey in its own right unless you happen to be a rich dude who lives in the upperclass districts these theaters tend to be located in (in which case, you’ve already probably got a personal movie theater in your penthouse apartment anyways so screw the proletariat or whatever).

In my case, I was in Roppongi for work so I decided to hit up TOHO Cinemas Roppongi Hills after my shift because, quite frankly, that’s probably the only way I’d ever be close enough to a movie theater to go see a movie without having to pack hiking gear. 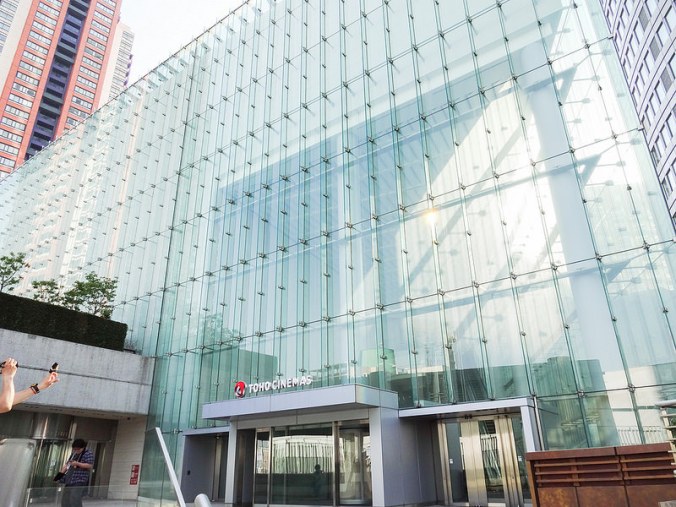 If you’re American like me, when you think of going to the movies, your mind probably wanders back to the image of a dark, sticky-floored cavern with cramped airplane seats (maybe that’s just me as a fat guy talking), the smell of stale popcorn and grease permanently wafting through the air.  Now, I know movie theaters have gotten nicer in recent years with the rise of places like the Drafthouse chain and other “premium” theaters and a general public need to make every single life event into a big deal.

But as nice as those theaters may be, I’m not quite sure they’ll ever hold a candle to the sterile, antiseptic, modern glamor of the Japanese cinema theater.  Seriously, TOHO Cinemas Roppongi Hills may have been the nicest theater I’ve been in in my entire life and I’m a guy who travels around to various theaters/places-where-people-watch-things for a living (or at least I would if my paystubs weren’t so consistently low).

Me being the snob that I am, I of course chose to watch the new Star Wars on the biggest, nicest screen with the best sound system possible (we’ll get back to that in a second).  This being Japan, this meant a 600-seat monstrosity with pretty much every single seat packed… at one in the freaking morning!  This theater came with wall to wall screen, Dolby Atmos surround sound and, apparently, balcony seating complete with cushy charts designed for rich people to glower down over the common scum forced to watch new movies on the ground floor like fools in maximum comfort. 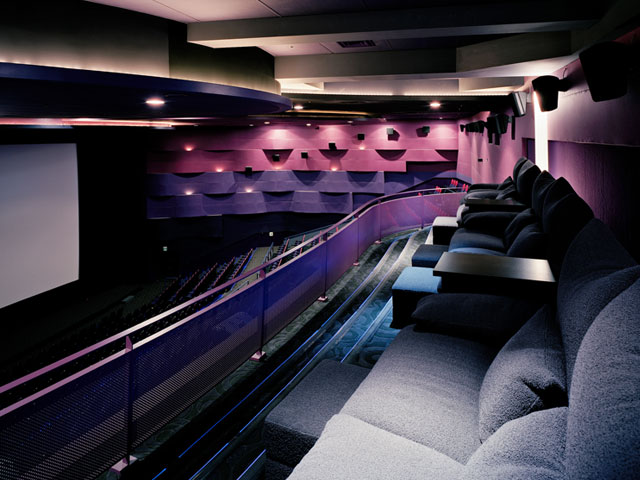 “Look at all those poor people… So poor, so so poor.  I say Jeeves, pass me my crying shoes.”

I mentioned movie theaters in Japan are super nice but why are they so nice?  Probably because watching a movie is so freaking expensive.

Back in the states, a single ticket at primetime will probably run you about ten or twelve bucks.  Well, here in Japan, general admission is somewhere around twenty dollars, give or take an extra seven or eight dollars when you’re watching a movie in 3D.  In this day and age and in an expensive city like Tokyo, that’s still quite a lot of dough for two hours of entertainment (plus an hour of ads, of course!).

The plus side though? The snack bar at the movie theaters here are generally cheaper than those in the states, though they could still be considered expensive, just not eight dollar popcorn expensive.

Also, you can buy tickets for TOHO Cinemas (and other theater chains) online and, more importantly for some folk, in English. 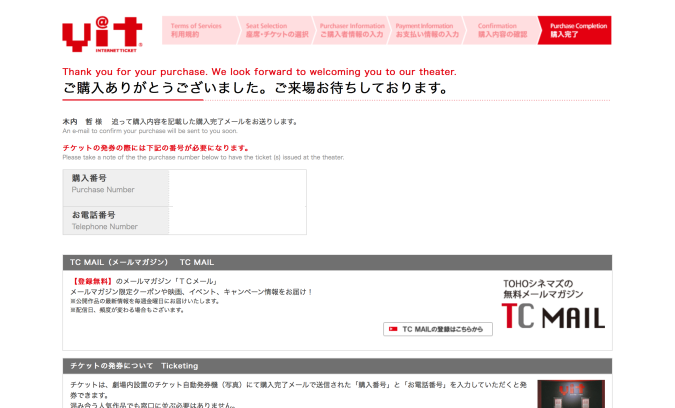 Of course, this is Japan so the English isn’t perfect, and in some cases, laughably bad, but it’s a definite lifesaver for those particularly Japanese-challenged of us.

Other things you should know:

– Japanese audiences are super respectful… and also super quiet.  If you’re an American who like me, expects people to applaud, cheer, and laugh at points in a film, prepare to walk away assuming you just spent a couple of hours in a library.

-If you leave garbage in the movie theater, you’re a terrible person and deserve capital punishment.  But in Japan, that’s double true because you’ll be the only person doing it.

-They actually check your tickets when you walk into the theater here so no film hopping for you, freeloading scum!

-The new Star Wars was great and fun and you should probably go see it multiple times right now but it’ll certainly never be Alvin and the Chipmunks.

Thoughts? Questions?  Have American movie theaters changed since I moved to Japan?  Why?  Hit me up on twitter @STEPHEN_TETSU or in the comments here if you want.  I’m a bum with no money so I actually have nothing better to do with my time than humor you.