So I’ve started trying to run more.  Writing it down makes its seem like some sort of big life decision but really all it is is that I’m bored.  As I’ve gotten older, I’ve found life to be series of routines, a long river riddled with whirlpools in which one can get bogged down and circle aimlessly for years on end.  This is all, of course, simply from my perspective.

On my end, whenever I feel myself start to get bogged down into a set routine, I do something to change it.  Be it quitting my English job to go to Japanese comedy school, starting work at a Japanese ramen shop, or, in this case, taking up jogging again.

I used to run a lot when I lived in Ibaraki.  Back then, I was working a teaching job at a private English school.  With set hours, set days off, and the like, it was easy to just slip in an hour or two to go for a run and do stuff and I would do it four or five times a week, mostly at the dead of night for some reason, the spooks and ghouls that I assume inhabit the many graveyards of Mito (seriously, half of the dead people in Japan seem to be buried there) serving as good motivators to “run for my life”.

Then I moved to Tokyo, starting working odd hours as the comedy lifestyle started taking over my life, and left the whole running thing behind.  Also, the area where I live is full of joggers and, me being the nebbish guy I am, I always felt selfconscious jogging around them.  That was three years ago.

Obviously jogging is (I guess) good for you and I’m not getting any other.  While I haven’t had any major health scares and, for whatever reason, audiences seem to like me better the chubbier I am, there is something to be said for being semi-healthy-ish and I’ve always felt that I got a lot of thinking done during a run.  I was getting into a routine of getting home at night and sitting around the house in a struggle to hammer something out on my laptop, usually having to fight to squeeze out a couple hundred words worth of a wordturd of variable quality.  Now that I’ve take up jogging again, though, I find myself able to write more than I used to. 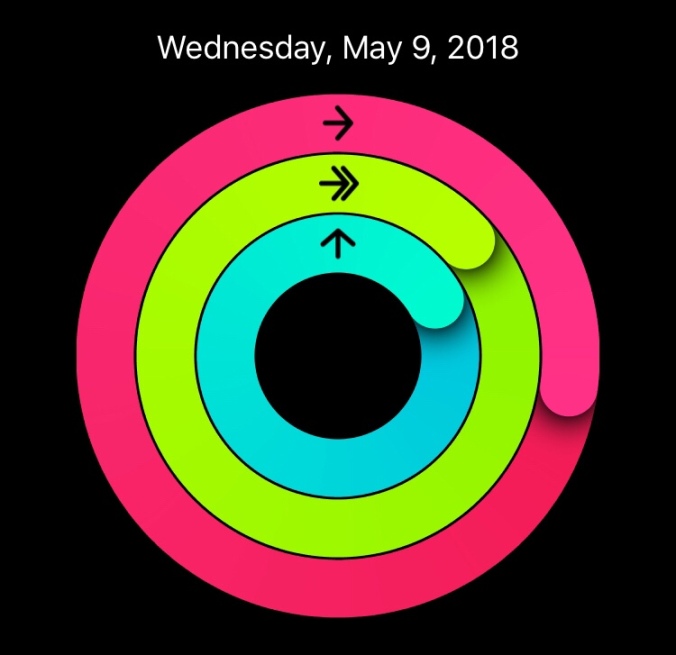 I’m not going to chalk it all up to the magic of aerobic exercise though.  About a week ago, an Apple Watch arrived in the mail.  Apparently, after I got hammered on my birthday, I dropped five hundred bucks on a thing and completely forgot about it.  To drunk me’s credit, I have used the device a lot more than I thought I would and I take a lot of pride in completing my excerise circles every day.  The thing also has a mental focus thingy where you work on your breathing which I have used several hours everyday and which I think has contributed to my recent increased output the most.

Either way, I’m writing and I’m running and let’s just see how this goes.