So now that WHAT’S MANZAI?!!! PART 2 is finally out (though seemingly not in the US) and that part of my life is now completely done with, I’d be remiss in not mentioning the one place where you can hear me discuss Japanese showbiz on my own terms without a Yoshimoto staffer constantly whispering in my ear about not offending my sempai or making sure that I don’t say something about sponsor X, Y, or Z.

In case you were unsure about it or just went with the narrative of WHAT’S MANZAI?!!! that I am apparently the only non-Japanese person who ever thought about getting in Japanese comedy, there are others out there, and, starting a few months ago, a couple of us decided to get together and talk about our experiences as geinin in Japan because, quite frankly, you need an outlet for these sorts of things.

Those conversations kinda turned into regular thing that we decided to start recording and put out as the Big in Japan podcast, an uncensored, unfiltered, completely unendorsed by our agencies look at the Japanese entertainment world.  I’d like to emphasis the uncensored part of this description because some of the stories shared on the show have been pretty darn raunchy (mostly because, as members of the Japanese entertainment industry, we haven’t had the chance to work blue in years). END_OF_DOCUMENT_TOKEN_TO_BE_REPLACED

This is Stephen just checking in here to let you all know that I am in fact still alive and that WHAT’S MANZAI?!!! (and it’s new sequel WHAT’S MANZAI?!!! PART 2) is, as of 12 AM on April 27th, back on Netflix. 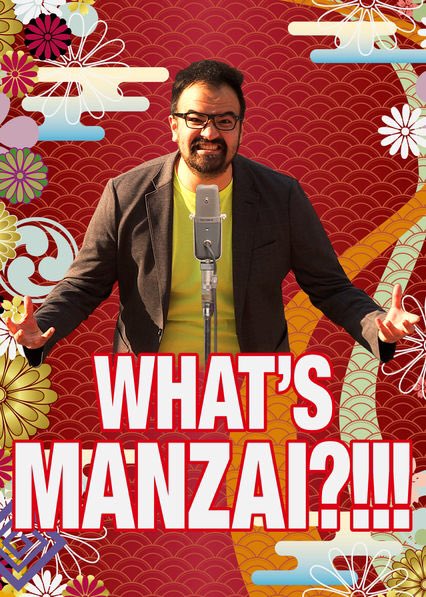 When we shot WHAT’S MANZAI?!!! back in my manzai school days in those carefree innocent days of Spring 2016, the agency was so enamored with producing random English content that it immediately decided to go back for seconds before Part One had even begun post production.

While I’ve gone in-depth on my reservations regarding WHAT’S MANZAI?!!! before, I feel fairly confident in saying that PART TWO is a much better and more entertaining piece overall (low bar, I know) than its predecessor.  Part one, for all its faults and jumps and fits, was hastily produced with nothing but a Japanese script that I had to translate on the fly.  Part two, on the other hand, came with a team of bilingual people who worked together to translate the original Japanese script into something easier to digest for both me and hopefully the audience.

We shot part two almost exactly two years ago right after I formed my current combi and it shows in the material we put out on the screen as a young manzai act.  (I’d also be remiss in not noting that since then Iruka Punch has largely shifted its focus from manzai to the Japanese form of sketch comedy known as conte, the audio of which you can hear here).

In the two years since we finished filming, I’ve learned a lot and, believe me, there’s a lot about my performance in these two “documentaries” that makes me cringe.  But that’s all part of the learning process I guess.

I will just say that with WHAT’S MANZAI?!!! PART 2, I left it all out on the floor and I’m glad you all finally have the opportunity to see it.

I’ll try to post more blogs here when my schedule permits but no promises.